Whether you are a technophobe or a technology junky, we want to make sure your system is easy to use so that everyone in your home can enjoy the system and maximize its full potential!

Luxury, whole-home systems customized for the way you live. ... Speak to people at the door, gate, or guesthouse using the intercom feature of our TrueControl App. ... Stream HD video from Netflix, Apple TV, Hulu, and more—there's always something on. 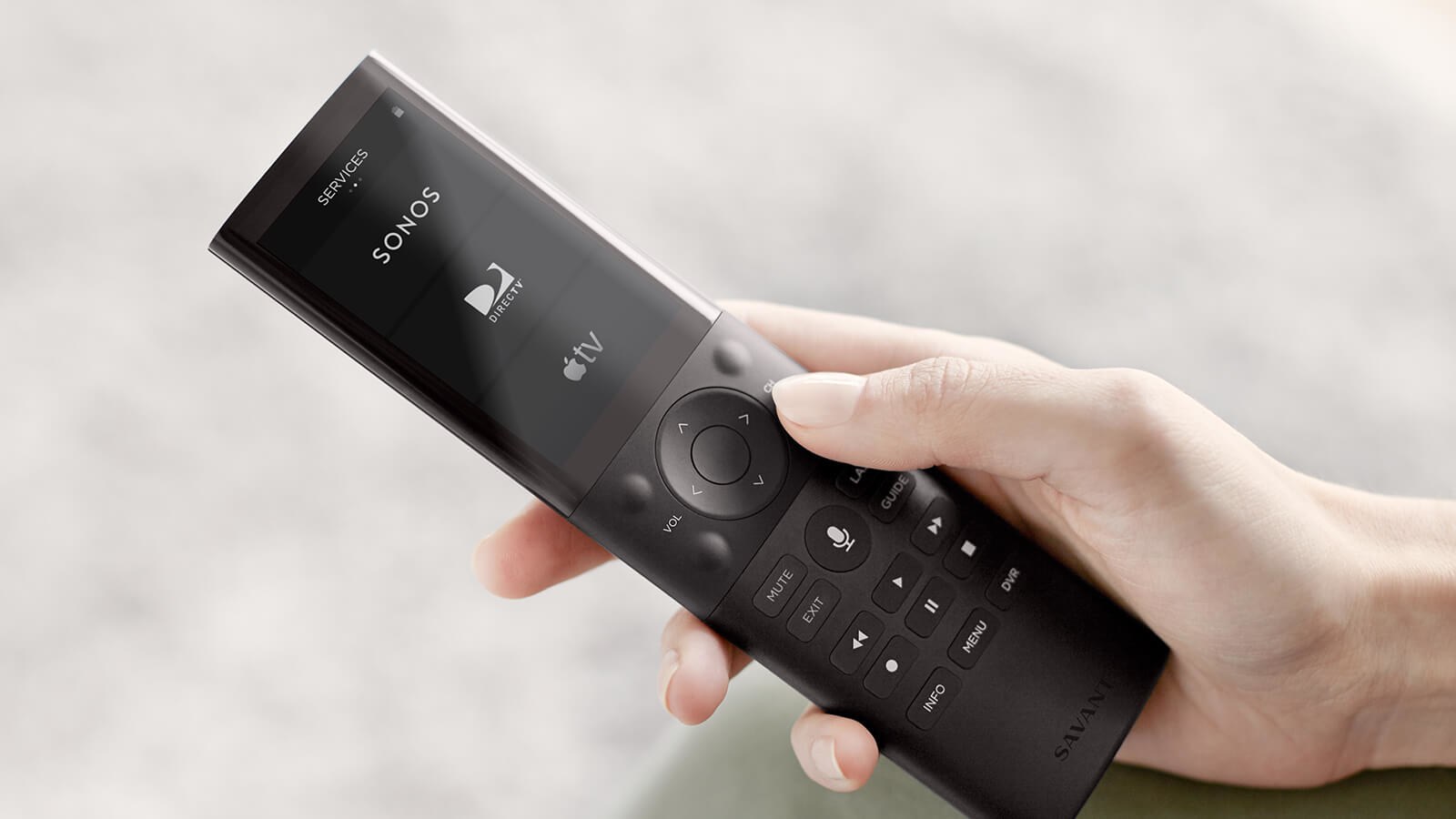 Control4® offers a complete line of home-automation products that make sophisticated home-control solutions practical and affordable. Ideal home-control solutions can be easily created with Control4® products: user-interfaces, like touch screens and remotes; home controllers; lighting and thermostats; and a wide range of audio/visual products. One of the best things about Control4® solutions is that they are flexible and scalable, so you can start with a simple home-theater solution and add other features like lighting control and security when you're ready. 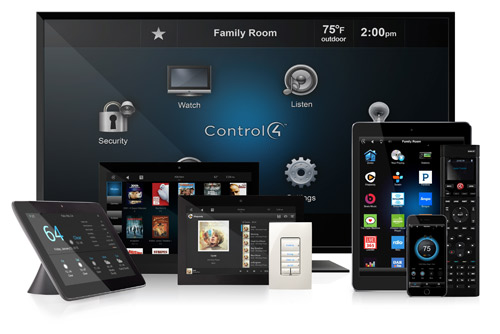 RTI (Remote Technologies Incorporated) specializes in advanced control products for automating the operation of audio, video and environmental management systems such as lighting and HVAC. Offering solutions for residential, commercial and transportation applications, RTI products are uniquely designed to meet the needs of the electronics installation professional while providing a simplified interface for the end-user. 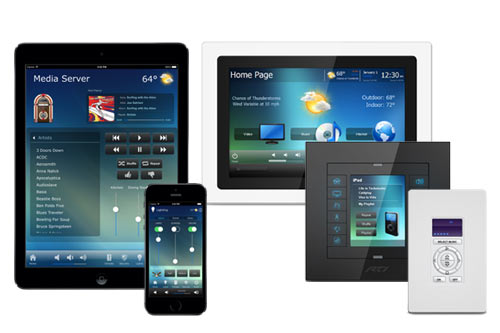 At Denon Electronics, every detail of every product is designed to enhance the entertainment experience. Denon engineers ensure that only superb craftsmanship, precision engineering and impeccable performance go into every component. Their solutions are often developed through studying examples from a wide array of fields – including physics, electronics, mechanical engineering, art and nature. Their constant quest to create the perfect entertainment component has given them inspiration for not only the most powerful technical solutions but also the most convenient features to satisfy a diverse set of entertainment needs. When you actually experience a Denon product, it’s these higher standards that elevate the senses and enhance your entertainment. That’s the Denon Difference. 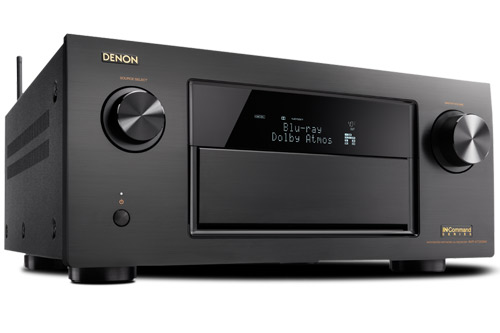 Representing the epitome of British loudspeaker design since 1972, Monitor Audio is respected by music lovers around the world for the integrity and beauty of its engineering and for excellence in sound reproduction. The company’s commitment to quality in every aspect of loudspeaker design coupled with its willingness to innovate has inspired global recognition and acclaim. By consistently refining and applying the technology, Monitor Audio has become the world’s foremost proponent of metal dome drivers. Monitor Audio designs and builds its own cabinets and crossovers as well, so that it can optimize the incomparable blend of virtues that makes Monitor Audio loudspeakers unique: clean, dynamic sound, superior build quality and innovative design. And because they share a philosophy of quality and voicing, loudspeakers of different types: on-wall, in-wall, floor and stand-mounting, may be used together to create the perfect blend of color and shape for any room. 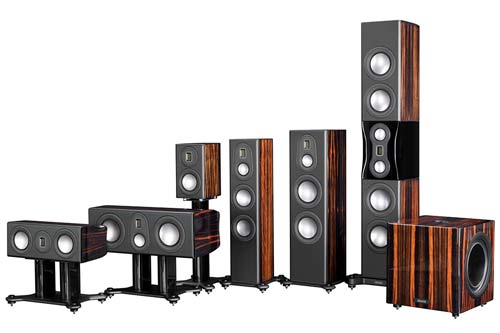 Niles Audio is a company focused on providing high-quality products that integrate and distribute home entertainment for the residential and light commercial markets. Throughout its 30-year history, Niles has played a major role in transforming whole-house audio/video and home theater from a hobbyist pastime into a thriving, highly professional industry. Niles has grown by continuously refining its existing products, inventing new ones, and always delivering extraordinary value. 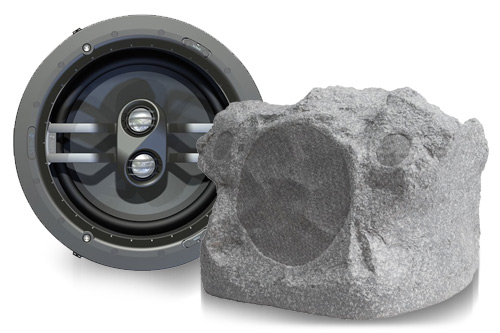 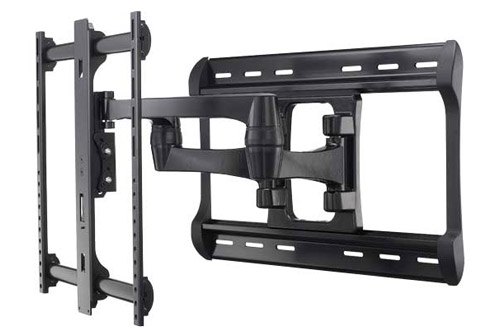 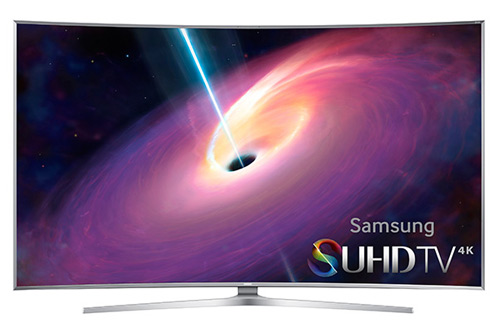 ELAN provides entertainment, comfort, security, communications and lighting home systems that work together in perfect sync to create the ultimate home experience. Best of all, you control the systems with one touch. Much like the rooms in your home are an individual expression of you, your family, and your life – ELAN creates an individualized system that enhances the way you live every day. From entertainment and comfort to better communications and peace of mind, ELAN has the whole-home system for you. 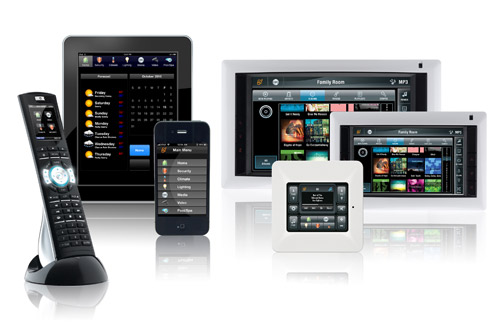 Whether you want to control lighting in a single room, multiple rooms or in and around your home with a whole-home system, Lutron gives you the freedom to change the light that surrounds you. They also provide an exclusive, integrated solution for controlling both natural daylight and electronic light with Lutron shading. For over 45 years Lutron has been devoted to controlling lighting, and their focus on product innovations, technology, quality, and customer service has made them the undisputed leader worldwide in the area of lighting controls. They offer more than 10,000 products to satisfy virtually any residential or commercial project. 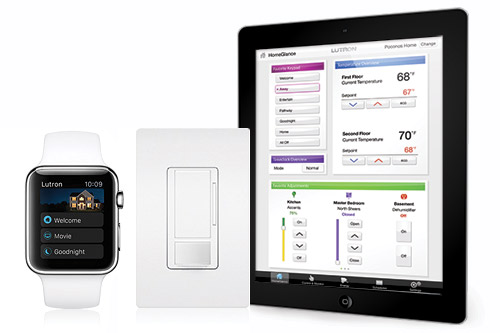 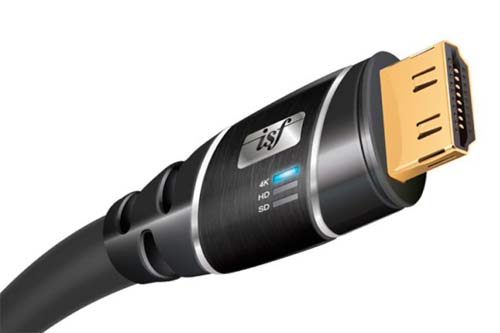 DSC (Digital Security Controls) is a world leader in electronic security. Headquartered in Toronto, they are recognized by distribution partners, integrators and security dealers for leadership and expertise. DSC teams of leading engineers and security experts are continuously developing the next innovations of quality, reliable security products. They put forth an unbeatable combination of leading-edge technology and industry experience. The results are flexible, durable security solutions that are easy to install, easy to use, and easily upgradeable. 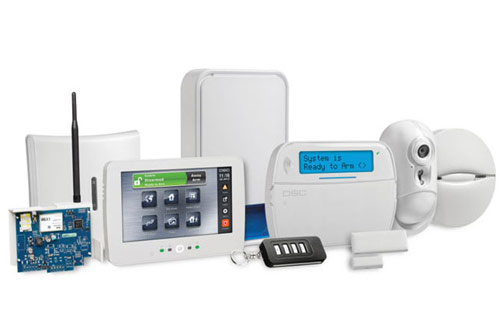 Beam/Electrolux is the world’s leading manufacturer and marketer of central vacuum systems, shipping products to more than 50 countries throughout the world. They offer quality products with the best dealer support package in the industry. A system consists of a combination power unit/dirt collection receptacle, power brush, hose and cleaning accessories for whole-home cleaning. Beam/Electrolux Central Vacuum Systems are attractive, affordable built-in machines that appeal to a range of homeowners as well as the commercial sector. 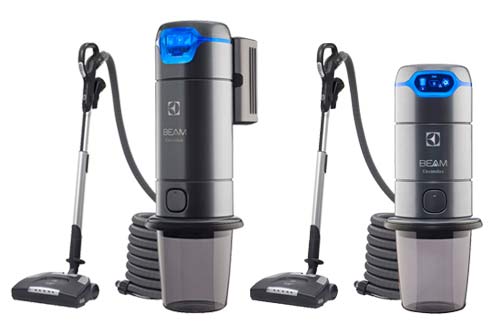 Sharp's flat screen televisions provide exceptional performance and value with less distortion. Choose from a variety of screen sizes and get a high-tech look for your living room, den or bedroom.

High definition compatible television — Just imagine experiencing the booming roar of the crowd, and crisp detailed image of the game winning home run from the comfort of your home with your Sharp digital television. 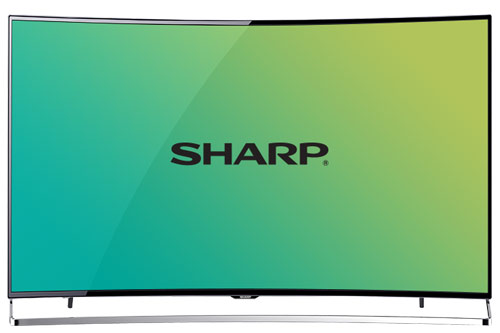 Velodyne Acoustics is the industry leader in loudspeaker styling, performance, and value. Since the company's inception in 1983, Velodyne has been acclaimed by industry experts, audiophiles and home theater enthusiasts for its innovative designs, close tolerance manufacturing and exceptional performance. Based on Velodyne's years of experience in subwoofer and speaker design, both the subs and the speaker system reflect Velodyne's dedication to musical accuracy and its commitment to bringing the true theater experience into your home. Each Velodyne product is designed and built with dedication to high performance, quality construction and low distortion. 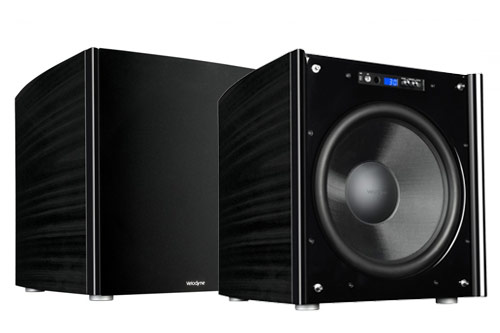 Fortress is a design-oriented seating manufacturer whose renowned products combine comfort with functionality, and have long been regarded as an excellent solution for executive applications, corporate lobbies, conference and boardrooms.

In recent years, Fortress has expanded its capabilities to developing specialized products for unique applications, and noted designer, Neal Parsons, asked them to manufacture his home theater recliner designs. Neal has been involved in designing home theaters since the early 1990’s and saw a need to introduce high quality custom theater seating. Fortress experts know that a good theater chair needs to compliment the design of the theater as well as the person sitting in the chair. By drawing upon experience gained from manufacturing recliners for the healthcare market, they knew how to build a strong, safe recliner. Combined with over 50 years of building office seating, it’s no wonder Fortress offers the most comfortable and well-built home theater chair available. 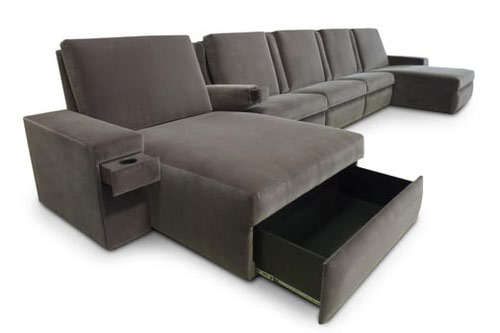 On-Q/Legrand creates award-winning home technology systems that bring entertainment, communications, and comfort into houses with style, ease, and affordability. Their goal is to make life better in every home. Legrand is a global specialist in products and systems for electrical installations and information networks. Its comprehensive offering of solutions for use in commercial, industrial and residential markets makes it a benchmark for suppliers worldwide. 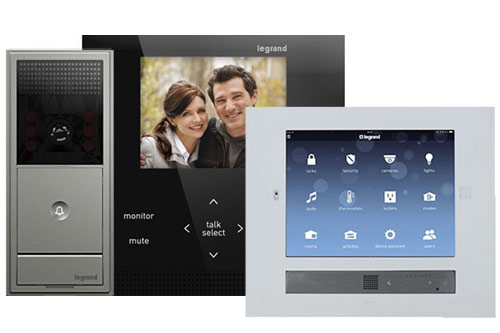 A TiVo® DVR allows you to watch virtually any show or movie, listen to any song, or view any web video on your own TV — any time you want. A TiVo DVR delivers entertainment to your TV that cable and satellite DVRs can't. It records your favorite TV shows and recommends new ones. And you get movies through the world's largest video store that’s directly connected to your TV. Eliminate expensive trips to the theatre and enjoy thousands of movie choices from home, instantly. 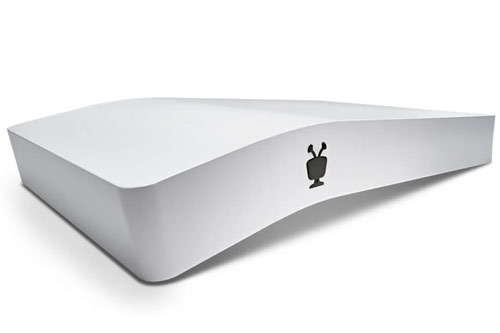 Since 1969 Xantech Corporation has designed, engineered and manufactured a multitude of innovative custom home control devices, from the IR receiver to high definition video distribution. Today Xantech continues to provide the products and technology needed to exceed the standards of even the most demanding custom home systems. 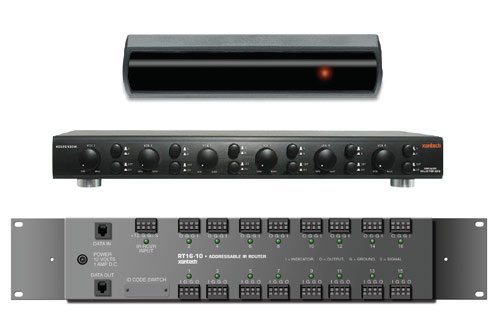 Liberty Wire and Cable is one of the most respected names in the AV products industry. Liberty can supply every AV install need from bulk wire to connectors to plates and panels. Their newly expanded electronics line offers installers a true one stop shopping experience. Liberty has it all – service, selection and value! 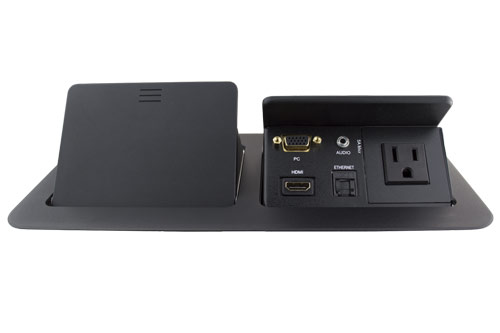 Panamax is the pre-eminent designer and manufacturer of electronic and electrical protection, filtration and control products. For over 30 years they have achieved an international reputation for their unique solutions to the worldwide problem of power disturbances and have earned numerous industry awards for the quality and variety of their products. Panamax has also been recognized for its innovative Lifetime Warranty on almost every unit produced and for its Connected Equipment Protection Policy. 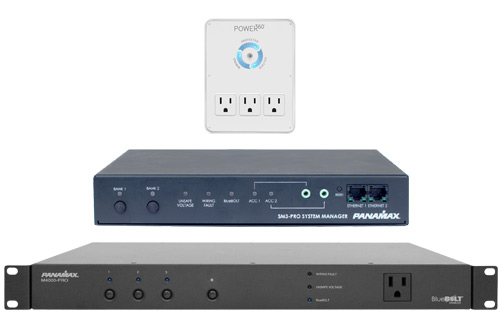 Sonos is the smart speaker system that streams all your favorite music to any room, or every room. Control your music with one simple app, and fill your home with pure, immersive sound. 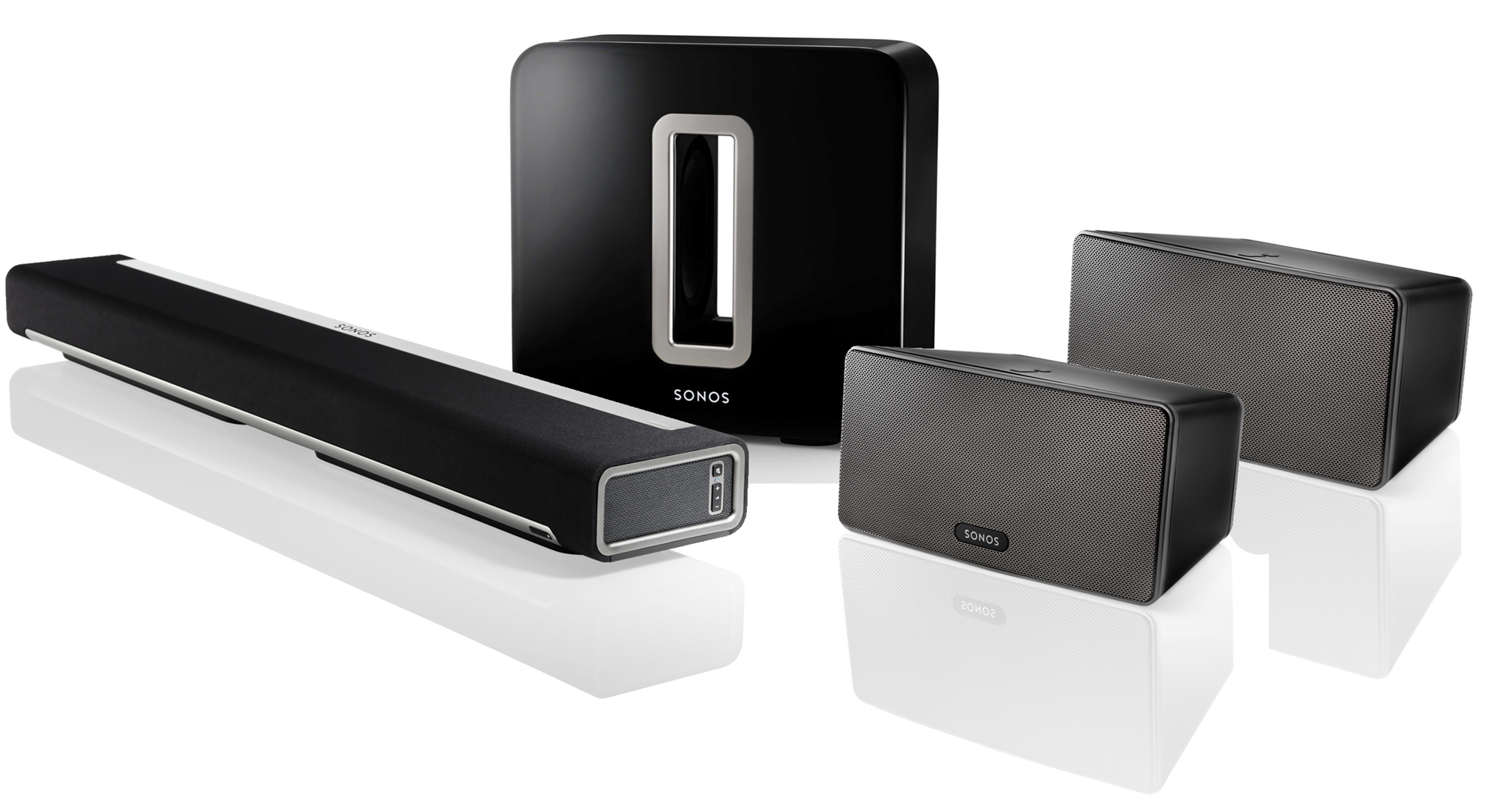 Sonance began in 1983 when Scott Struthers and Geoff Spencer recognized the need for an audio solution that could deliver unsurpassed performance combined with minimal visual intrusion. It was this revelation that led them to invent the world’s first architectural speaker. The rest is history.

In the 30 years that followed, Sonance has continued to invent, lead, and reinvent with a range of state-of-the-art products that deliver the perfect balance of performance and design.

From the “Degrees of Invisibility” of its in-wall and in-ceiling speakers, to the cutting-edge outdoor audio systems, commercial solutions and electronics, Sonance is committed to building products that deliver best-in-class performance and aesthetics combined with the most versatile and flexible installation processes available.

With this commitment to excellence, it is little wonder Sonance has become the most recognized and highly awarded manufacturer in the architectural speaker and outdoor audio categories worldwide. 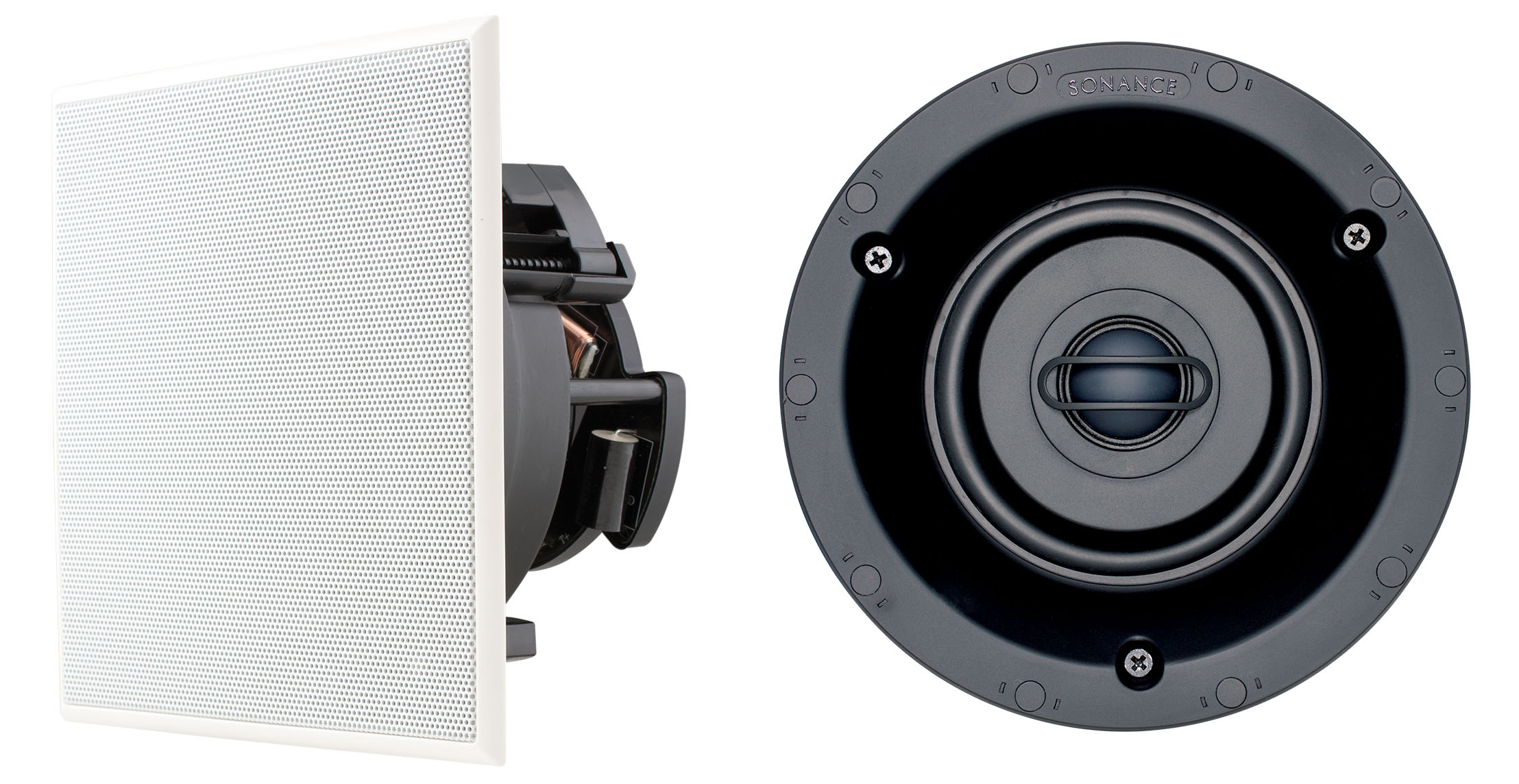